Nearly two years after the introduction of the path-breaking plug-in hybrid, GM is still losing as much as $49,000 on each Volt it builds, according to estimates provided to Reuters by industry analysts and manufacturing experts. GM on Monday issued a statement disputing the estimates.

Yeah; GM is disputing the evidence because Reuters isn't including all the perks and freebies Odumber is kicking in to keep the UAW on his side of the bed.
Posted by Fits at 9/11/2012 11:01:00 AM 1 comment: 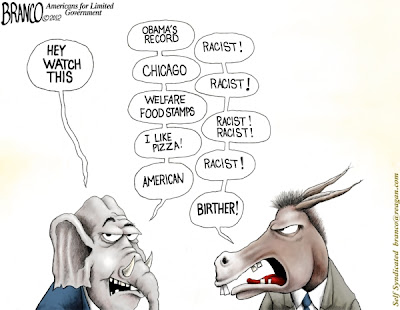 An innocent worker was shot and killed by cops after being taken hostage two thugs inside a Bronx bodega, witnesses and family said. Reynaldo Cuevas, 20, was inside the Natalie Grocery store on East 168th and was taken hostage after two men entered the store around 2 a.m., Cuevas' cousin told The Post.

After a couple hours (sic), one of thugs surrended (sic) to cops and was arrested at the scene.
Cuevas, who was not being held at gunpoint, ran out of the store and tripped on a fire hydrant before being shot by police, witnesses said.

Police "shot him [Reynaldo] right in the neck," Garcia said. "He didn't have his hands up. He fell to the ground and the cops grabbed him by the arm and dragged him on the street."

Cuevas was taken to St. Barnabas Hospital, where he died. The officer who fired his weapon was taken to Jacobi Hospital for observation."
Yeah. These are the only citizens trustworthy enough to have guns in NY.  Poor guy flees for his life only to be popped by a nervous rodeo clown, then, to add insult to injury, is dragged through the street like a dog. And why not release the cops' name? They publish the name of the man he murdered, but this criminal in blue gets a pass?

States Up To Their Eyeballs In Debt... 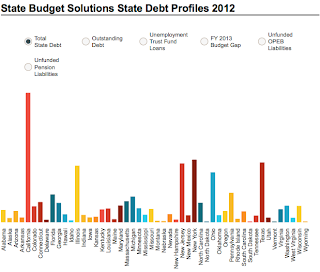 Funny thing; all, save for Texas, and they have the foreign invader problem bigtime, are liberal ones. And aren't you simply shocked that the land of fruits and nuts heads the list.
Posted by Fits at 9/05/2012 01:11:00 AM 1 comment: 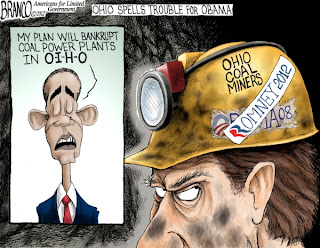 WASHINGTON -- There may be some anxiety from male Marines as female officers work their way into infantry and other combat jobs that historically have been open only to men, Gen. James F. Amos, the Marine Corps commandant, said Tuesday.
Amos said early steps to begin moving women into artillery, tank air defense and combat engineer units have been successful, but the more difficult tests lie ahead.
"Change doesn't come easy to the United States Marine Corps," Amos told an audience at the National Press Club. "But when it does, when it's rooted, it lasts forever. So I think we'll work our way through it."
A key challenge will take place next month as female Marine officers attend the grueling infantry officer school at a Marine Corps base in Virginia as part of an experiment to gauge whether women can handle the course's extreme physical and mental challenges. So far, two women have volunteered to go through the 13-week course, which historically sees attrition rates of 20 percent to 25 percent when only men are participating.

There has never been a female attached to a ground combat unit anywhere in the free world.

The Israeli's tried it and dropped it at once. The Brits tried it and said sorry old chappette, but maybe next time, and even our Army decided it was ludicrous to expect the average female to perform as well as her male counterpart.

Politically correct bullshit to please the likes of Barbara the Boxer. So of course they'll lower the standards which will result in having to requisition a lot more body bags.

Oh and lets not forget this little tidbit. Combat troops advance in rank a lot faster than office pogues, so look for them to eventually file a discrimination in the workplace lawsuit.
Posted by Fits at 9/04/2012 08:12:00 PM No comments: