Raining today, so while I'm cooking outside we're eating inside. The better part of four and a half decades really went by fast, didn't it. Just don't believe I've forgotten your names or your faces, and don't think you've missed anything. You haven't. And while we used to say "don't mean nothin'", in a way it did. At least we taught the country how to welcome back their shot up children. These kids don't have to worry about getting wet paper bags full of dog shit tossed at them, and guess what? Even the newspapers and TV stations are saying the word "hero". What goes around comes around, eh? We just happened to be the tweeners, caught twixt WWII and the modern age so no one knew how to act. Still and all, we fought as hard and won as much as anyone ever did no matter what Cronkite said.

"And here's the kicker, Jim. Remember that Rigillian hula dancer I warned you all about? Well the lab work is back and she definitely has Antares Herpes so aren't you glad you didn't...Jim? Jim?" 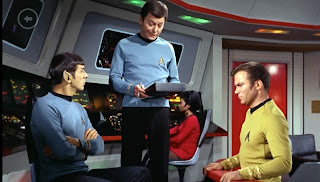 The Empire Strikes Out: Brits Move Israeli Capital From Jerusalem To Tel Aviv

"The caption on a photograph featuring passengers on a tram in Jerusalem observing a two-minute silence for Yom HaShoah, a day of remembrance for the 6 million Jews who died in the Holocaust, wrongly referred to the city as the Israeli capital. The Guardian style guide states: “Jerusalem is not the capital of Israel; Tel Aviv is” (Eyewitness, 20 April, page 24)."


How nice of the spineless Brits to decide the capital of a sovereign nation.

I'll make this easy; without the Jews, the Arabs move in feeling all puffed up and mighty...like they once were, oh, let's say a thousand years or so ago..and not only raise the price of oil but commit MORE terrorist acts than before because the UK has proven to them that barbarism still works.

As was the case with the theft of designs and trademarks owned by Kershaw, Spyderco, Case, and others, Frost Cutlery will continue to steal from Hanna Barbera, Marvel Comics and DuPont, as we reported upon in the above link.

My inquiry to them fell upon deaf ears, but it usually takes the threat of legal action by the companies in question, as Frost simply will not do anything honorable until he's caught with his hands in the till and the law is hot upon his conniving ass.

I'll continue to alert Barbera et al but it is doubtful they'll bother with so low a scum as Frost; preferring instead to ignore him and not provide the old crook with any publicity.

Another Year Older And Deeper In Fret

As a fan of George R.R. Martin I was as close to positively giddy as an old Marine can be to see how the theatrical presentation of his magnum opus fared on the little screen. A Song of Fire and Ice was simply the best action/adventure/fantasy series of books I'd ever laid eyes on, and while HBO's Game of Groans Thrones couldn't possibly measure up, old George was executive producer so it had to at least be halfway decent, right?

So-so at best. And that's a stretch because I really like George's work. In re-reading just the first 20 pages of the first book I was far more spellbound than the series has far to date woven, and that's just a crying shame.

ALL cable series rely upon two, no, three things to keep the viewer occupied; breasts and "adult" language. Minus the T&A, The Sopranos would have been nothing more than a fat guy weeping to his shrink, and while The Tudors..Showtimes venture into merry old England's most bloodthirsty of royals...was entertaining, it was held firmly in place by the same two, no, three things to keep us occupied. And wow, but the costumes and scenery were superb.

But to have this series yawn on and on with little action/adventure fantasy to sink ones teeth into, we'd have needed superb actors to make the transition work, and all they've given us is a damned fine midget. Films simply cannot present as many characters as a novel can, because we read at a leisurely pace but expect movement from teleVISION, something neither the cast nor the producers or directors seem to understand. The production staff seem bound and determined to feature bad actors doing their level worst to flesh out good characters pouring wine when there are far more heads in need of rolling.

Were it War and Peace, well, okay. Maybe. Awaiting the landing craft to finally hit Omaha Beach was worth it, so the rest of The Longest Day could ramble by without too much yawning, but Fire and Ice is about FANTASY and should have been no holds barred from the get go. Sure, introduce the tediously bad  thespians as you went along, but a taste please, a taste of the real deal should not have taken a season and a half before showing sparks.

If it already hasn't garnered rave reviews, it will, because if its one, no, three things professional reviewers need in order to stamp their seal of approval upon because that means its cutting edge, modern, realistic, and a sight to behold, then Game of Groans Thrones will be a smashing success because it has that in spades.

There was a very good reason Martin entitled every chapter with the name of the character featured therein. The reader could skim the ones he found boring without losing anything of value with regards to the plot.

Take a cue from old George and tape the series, then fast forward to the good stuff. Yes, there's the odd tidbit of genius hidden behind the bad costuming and cheap sets, but keep your finger on the pause button least you miss them.
Posted by Fits at 5/10/2012 06:11:00 PM No comments:

Time To Once Again Corner The Cutlery Thieves

My latest theft of the month regarding Frost Cutlery is as follows:

A new knife of theirs has been named " The Grape Ape", which of course is the property of Hanna-Barbera.

Another piece of worthless crap is "The Punisher", and that name belongs to Marvel Comics.

And I'll never stop excoriating them for their constant use of  the word "Teflon", as the Chinese have never purchased said material from DuPont nor any of their distributors, relying instead upon their knock off Polytetrafluoroethylene , or PTFE, then calling it "Teflon" which is in violation of more laws than can be listed in a short posting.

Roaches usually scuttle away when a light is shone upon them, and I sent a copy of the above information directly to Mr. James A. Frost hisseff so lets see what goes down.
Posted by Fits at 5/05/2012 05:02:00 AM 2 comments: