Here's hoping you and yours had a safe and satiated day of Thanksgiving. After all, living in the nation that has saved the world time and again, you deserve it.
Posted by Fits at 11/24/2011 08:28:00 PM No comments:

An award-winning advertising executive with Fortune 500 clients is facing a year in prison on weapons charges after cops busted him with a knife he says he uses at work.
LaJuanzo Turner, 37, got arrested in a Brooklyn subway station in March while heading to his job at Zoom Media in Manhattan when two cops spotted the butt end of his Smith & Wesson knife protruding from his front pants pocket, his lawyer says.
The cops claimed the knife was an illegal switchblade.
His arrest is the latest conflict involving New York’s murky knife laws, which pit prosecutors and their zero tolerance for dangerous weapons against citizens who say certain knives are tools they need to do their jobs.
“This is ludicrous — you have to use common sense and discretion,” said Turner’s lawyer Mark Bederow, who filed a motion last week seeking to have the charges thrown out.

Time and again I've told anyone with enough brains to listen that NY cops will call a butterknife a switchblade and get away with it.
Why? Because they can. A folding knife doesn't even have to be of the assisted-opening variety; all a cop has to do is flick it hard enough and if the blade moves a millimeter outside of the frame they scream "SWITCHBLADE!" and off to jail you go. And, by the by, they practice their flicking skills until they can make a fixed blade pop in and out.
This guy should have known better, MUCH better, and its ironic because dollars to doughnuts he's a loon that approves of disarming the entire world.
Posted by Fits at 11/20/2011 09:32:00 AM No comments:

The Bureau of Alcohol, Tobacco, Firearms and Explosives Firearms Technology Branch has deemed “Chore Boy copper cleaning pads, along with fiberglass insulation,” a firearm, subject to registration and a $200 transfer tax, an official letter obtained recently by Gun Rights Examiner reveals.  The response to an attorney inquiry by John R. Spencer, Chief, Firearms Technology Branch, offers one of the more creatively restrictive assessments since ATF declared a shoestring to be a machinegun.
Yes, it is a given that our masters seek to continue the enslavement, and the following comment accompanying the article at Gun Rights Examiner  is all one need know how they manage to do it:
"While I can see restricting the possession of permanent, structural suppressor parts, (my comma...Fits) trying to include short lived consumable parts is absurd..."

Fudds. Can't live with 'em...Can't trust them. All the while professing their undying loyalty to Freedom as they march us all off the cliff. 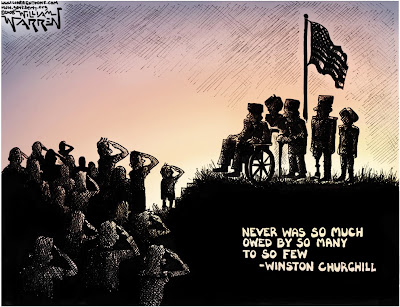 ...Happy Birthday To Us

Back In The Saddle Again...

Booger has been blocked for me this past week, and to make matters worse my email account was spoofed again. Both appear to be in working order, so let me first compliment the folks at Ammo.nethttp://ammo.net/ for offering brand name ammo at rock bottom prices, and as I've said, as a Midway dealer I can't touch them with a stick.
Midway seems to survive by brand name loyalty, as well as providing far more of a selection, but it wouldn't hurt to click into the ammo.net dudes then see if they can find what you're looking for. And to top it off they send 1% of your purchase price to the gun/freedom organization of your choice. The link can be found close to the top of the righthand sidebar.

Also, most of my 7.62X54R ammo has arrived...just now ordered the final batch from ammo.net.,180 grain Sellier & Bellot soft points*...and the Hogtown Irregulars will be having a good old fashioned wild pig hunt soon. Personally, I think such pork to be far too gamey no matter how you cook it, but then again even the rib joints here in Florida serve unpleasant tasting pig so it might be a southern deal or maybe just a Florida thing. All I know is the stuff makes me wanna gag.