One Of My Favorite Scenes From Any Movie Ever 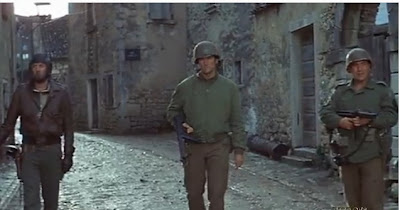 One Of The Best WWII Movies Of All Time...Woof Woof 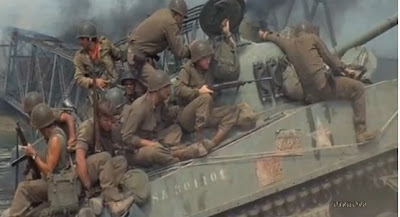 She's the First Single Lady.
Michelle Obama slipped up and remarked that she's a "busy single mother" before quickly correcting herself in an interview.
The first lady was talking about healthy eating with a reporter in Vermont on Thursday when the topic of balancing work and family came up.
"Believe me, as a busy single mother - or, I shouldn't say single - as a busy mother," the first lady told CBS's Vermont affiliate, WCAX.

As many of the comments offered, Barry does spend far more time learning how to look like an idiot with a golf club than being a father to his children. To be perfectly honest, I wouldn't be spending all that much time with Lady Lard either.

And as usual, the Kraken made these statements while speaking about "healthy eating", making it abundantly clear that the White House has no mirrors.
Posted by Fits at 4/10/2013 06:14:00 AM 17 comments:

Barry Thinks Constitution Is "Constraining" Him

"...on Wednesday, President Obama took his gun control push a step further: He admitted that only the Constitution stands between him and full gun confiscation. Rejecting concerns that new background checks might be a prelude to gun seizures, Obama suggested that worries about gun seizures were empty, and were only designed to feed "into fears about government. You hear some of these folks: 'I need a gun to protect myself from the government. We can't do background checks because the government's going to come take my guns away.' The government's us. These officials are elected by you. ... I am constrained as they are constrained by the system that our founders put in place."

No, Barry, the government is not "us" The government is you. We the people hire folks to run the day-to-day minutiae of acting important; like setting up tee-times at the golf course, or European vacations that cost millions, but, you see, Barry boy, you and yours are nothing more than well paid hired hands with an outrageous entourage.

And not for nothing, Barry boy, but the Founders made it perfectly clear that the right to keep and bear arms would NOT be constrained. They understood the difference between government and citizens, and wanted the citizens to be able to take up arms against tyranny whenever necessary.

Constrained. Think about that for a minute. Barry feels the Constitution to be constraining.

True Patriots Have ALWAYS Understood The Concept Of Common Sense


“Are we at last brought to such a humiliating and debasing degradation, that we cannot be trusted with arms for our own defense? Where is the difference between having our arms in our own possession and under our own direction, and having them under the management of Congress? If our defense be the real object of having those arms, in whose hands can they be trusted with more propriety, or equal safety to us, as in our own hands?”
Patrick Henry

Sound familiar? Sound just like what Chuckie Cheese Schumer and his gaggle of moronic Congressional soccer-moms have been spouting, seemingly forever?

Ya think Chuckie's security staff has low-capacity magazines, or must first ask permission to lock and load during a threat? Think they must first fire a warning shot, like national disgrace Joey Boy Biden suggests? Think Barry Soetoro's security people, aka the Secret Service, is limited to 9 or 10 round magazines?