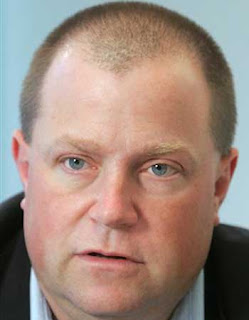 ATLANTA — "Richard Jewell, the former security guard who was erroneously linked to the 1996 Olympic bombing, died Wednesday, the Georgia Bureau of Investigation said.

Jewell was initially hailed as a hero for spotting a suspicious backpack in a park and moving people out of harm's way just before a bomb exploded during a concert at the Atlanta Summer Olympics.

The blast killed one and injured 111 others.

Three days after the bombing, an unattributed report in The Atlanta Journal-Constitution described him as "the focus" of the investigation.

Other media, to varying degrees, also linked Jewell to the investigation. He was never arrested or charged, although he was questioned and was a subject of search warrants.

The media circus that followed the FBI investigation obscured the fact that Jewell saved the lives of many members of the technical staff working on live TV coverage of the Olympics.

“Richard ran all the way up and down the four stories of the tower and evacuated everybody, it must have been between 40 and 50 people. Seconds later the thing exploded,” said Bruce Rodgers, president of Tribe Inc and designer of the AT&T Global Village, where the explosion happened."

For those too young or disinclined to remember, Richard Jewell was on Mr. Janet Reno's hit list, and anything she says to the contrary is absolute bull. She figured they'd landed themselves a "gun-nut" who wanted to give the government black eye while acting the hero, and leak after leak pointed to him as a suspect, the ONLY suspect.

Fact of the matter is, Richard saved dozens of lives that day, but the Feds believed he fit snugly into one of their bogus profiles and the Clinton-loving media lit into him like white on rice.

You done good, Richard. A grateful nation thanks you for your dedication and heroism.