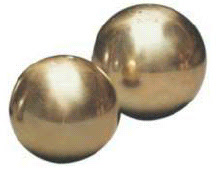 WEST PALM BEACH, Fla. -- "Police in West Palm Beach said a naked man was fatally shot after lunging at a resident trying to stop him from attacking a woman and her children.

According to the Palm Beach County Sheriff's Office, Jonas Morisma may have been under the influence of drugs when he ended up at the apartment complex early Tuesday. Police said Morisma first attacked a tow truck, banging on the driver's windows and tearing off its lights. He then reportedly began banging on apartment doors and punching through windows.

Police said Morisma was disrobing while doing all this. A resident came out of his apartment with a gun and told Morisma to leave as the woman and her children sought cover nearby.

According to authorities, that's when Morisma lunged at the resident, who fired one shot. Police won't release the resident's identity, saying they want to protect him from retaliation."

GOOD ON YA', stranger. THAT is the way to handle things, and THAT is the manner in which the police should handle such affairs. Tag 'em, bag 'em, and protect the man who shot to kill the mangy dog who would harm a woman and child.

Therefore, to all who see these presents, greetings. And know that the coveted Messenger Brass Balls Of The Week Award has been won by whomever the gentleman was.