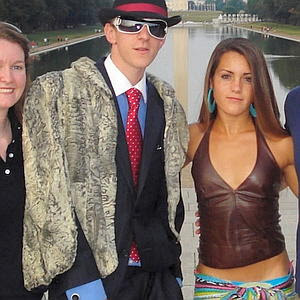 "The scandal surrounding the left-wing activist organization ACORN has spread to New York, with employees at its Brooklyn office caught on video helping supposed ladies of the night get loans for their dream houses of ill repute.

Rather than reminding the women that prostitution is dangerous and illegal and advising them to change their careers, counselors at the social-services group shockingly offer suggestions on how they can launder their earnings.

"Honesty is not going to get you the house," a loan counselor at the offices told two activists posing as a mortgage-seeking pimp and prostitute.

"You can't say what you do for a living."

ACORN workers in two other cities, Baltimore and Washington, DC, had already fallen hooker, line and sinker for the hidden-camera sting operation by two conservative activists."

Now why would ANYONE think that african-Americans would take umbrage at helping someone set up a sex-SLAVE operation?

Does this seem to be bothering Al Sharpton? Jesse Jackson? How's about the Irish fella with lots and lots of melanin who was elected President with ACORN's help?

The yellowstream media? Nary a peep from the Times or the Washington Post or ABC, NBC, CBS, et al.

After all, wasn't it the blacks THEMSELVES who sold other blacks into slavery?

'Course it was. All of this phony baloney weepy freedom shit is merely to con guilty-feeling whites into giving them more and more of the pie they don't wanna work for.

Pretty much all of these monstrosities masquerading as human beings should die from slow stomach cancer. After their dicks and tits fall off.