In the middle of Todd Boone's hosting at Cutlery Corner...snuff.
After blocking out several references to yesterdays idiotic "Original Inhabitance", which made less than little sense in their attempt to spell "Inhabitants"....disaster struck!
Yes, they simply cut all references to Original Inhabitance, or tried to, but their editing capabilities are all but non-existent but they at least tried.
For a time literacy won out over alien misspeak, then wham bam thank you Jim, Todd Boone went bye-bye to be replaced by Sheila Travis, and then another non-English speaking Tennessee gal whose name escapes me, probably because I couldn't understand a word they were saying.
One moment Todd, hemming and hawing and stuttering and lying his ass off as usual, and then Sheila intrudes to say that she's taking over.
Just when I can decipher this alien tongue they ship in even worse ones.
Here's hoping Terrible Todd returns. He knew something was up. Made mention that today's run-sheets were awfully thin. Oh well. I'm good with languages so maybe this won't be too bad. 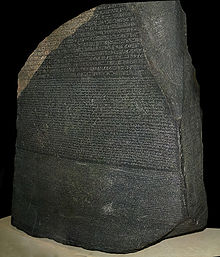 Wonder if Rosetta Stone has Tennessean...

Cutlery Corner is back on the air, and without Toddy boy. Terrible Tom O'Dell is hosting the show, and it wouldn't surprise me one bit if poor Toddy was suspended, if not fired outright!


Now, Tom O'Dell isn't a slouch by any means. He can falsify with the best of them, but no one even approaches the slithering griftiness of Mr. Boone. O'Dell is half senile these days and is more the pitiful figure, but our boy Boone could look his own granny straight in the eye and not just lie but fabricate with a profundity worthy of Solomon himself. For some, the art of prevarication is an end to a means, but Boone is a liar among liars, a stealth figure who not only lies to live, but lives to lie.

I can't tell you how sad this makes me... they need to bring him back or I'll stop watching he totally made the show.

I worked for Cutlery Corner a few years ago. You talk about a whining PUSSY!!! Todd Boone is the King of the Pussies!!!

Thank you for illuminating us on that, Mr. Guest. I could tell from the way he constantly bitches about EVERYTHING, all the time giving Jody hassles for HIS mistakes. The man actually thinks his shit doesn't stink, when in fact he's the viral jerk of the decade on the internet.

Oh and PS: You're the third former Frost employee who's told me about Mr. Boone's pussyness, Good to see that you ex-Frosters can agree.

Todd being a pussy is what makes him great. His problems with coworkers, especially people above him, flow on the air and make a shitty infomercial into a sitcom. This man is God and his pussified tears are what we call rain. Let it rain.

Todd is a Pussy that is back on the air. He must have dropped to his knees for Jim.