Man Who Tried To Murder George Zimmerman Gets 20 Years...

Matthew Apperson, the man who had stalked and apparently tried to murder George Zimmerman in a car-to-car shooting, was convicted on three charges last month. He was sentenced to 20 years in prison.

The Seminole County man convicted of shooting at George Zimmerman as the two drove down Lake Mary Boulevard in separate vehicles was sentenced today to 20 years in prison.

Apperson is another case of liberal-loon-gone-wild, and I'm glad it happened in Florida; still conservative enough to occasionally do the right thing. 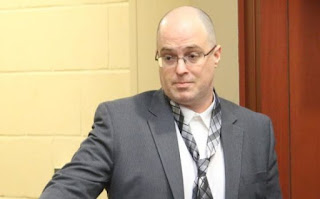