Woman Gives Penis to Police As Evidence of Attack 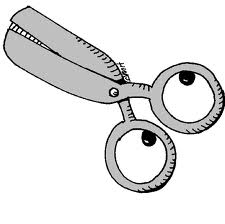 In Bangladesh, a Weinergate very different from the one preoccupying America's Twitternet has emerged. There, a woman cut off her neighbor's penis after he allegedly broke into her house and tried to rape her. Monju Begum, a 40-year-old married mother of three, told police that she knifed off the penis of her neighbor, Mozammel Haq Mazi, in order to show evidence of the attack. She's filed an attempted rape charge against Mazi, a married man and father of five who denies the allegations.
"Um, well no officer that isn't MY penis. What's that, you want to see if I still have one? Sorry, but I was born without one..."
Posted by Fits at 6/16/2011 02:20:00 AM

*heh* Bangladesh LEO: "Then who fathered your children, dumbass?"

Frankly, penis removal alone isn't enough. Right hand and all his package would be juuust about rigt, coupled with "Rapist" branded in his forehead. Let him live with that for a while.