Man arrested for trying to save pets from burning house 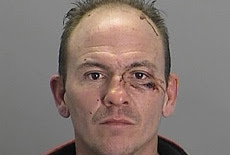 ZEPHRYHILLS, Fla. (AP) -- "A Pasco County man is facing charges after trying to run into his burning home to save his pets.

According to an online arrest report, Henry Ben Morgan is facing a felony charge of obstructing the extinguishment (?) of a fire and a misdemeanor charge of resisting arrest without violence.

Sheriff's deputies and firefighters who responded to burning home Friday morning yelled at Morgan to stay back. According to a report, authorities had to restrain him so he would not jump into the fire through a window.

Pasco Fire Rescue Assistant Chief Mike Ciccarello said Morgan's home is a "total loss," and crews could not save the animals.

The foundation-savers, aka Pasco County firemen, seem to have taken a lesson from the constabulary with regards to property and basic human rights. Shame the man wasn't allowed to save his pets, and a bigger shame that he can't press charges against the hose-nazi's for allowing the "extinguishment" of his animals.