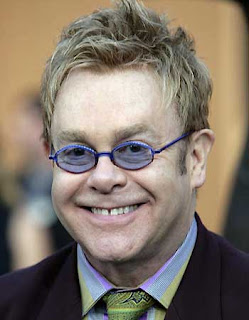 LONDON — "Elton John said Wednesday that he owns a photo of two naked girls taken by award-winning photographer Nan Goldin that was seized by police at a British gallery over concerns it amounted to child pornography.

John confirmed ownership of "Klara and Edda Belly-Dancing" in a statement on his Web site. He said it is among 149 images comprising Goldin's "Thanksgiving" installation.

Northumbria police said the photo was taken from the BALTIC Center for Contemporary Art in Gateshead, northeastern England. They confirmed Tuesday that an image had been taken from an exhibit "to assess whether or not an offense had been committed."

Both Goldin and the gallery have declined to comment. The gallery alerted police to Goldin's photo on the eve of an exhibition featuring her work that opened Friday.

"The photograph exists as part of the installation as a whole and has been widely published and exhibited throughout the world," the 60-year-old rocker said."

So, and you'll pardon the pun, let me get this straight. A rich gay guy isn't happy with simply being gay, and wants to be a kiddie porner as well.