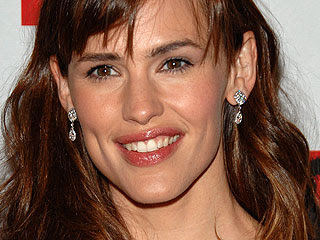 CHARLESTON, W.Va. — "Actress Jennifer Garner has been honored as the 2007 West Virginian of the Year by her hometown newspaper.

The Sunday Gazette-Mail says it chose Garner for her dedication, hard work and service as an ambassador and role model for West Virginia, and had been originally considering both Don Knotts and Chuck Yeager but were surprised to learn that Mr. Knotts was deceased, and received an email from Mr. Yeager stating that since "ya'll didn't give a rats (CENSORED) when I broke the sound barrier in '47, so shove your West Virginian of the Year up your (CENSORED) and go pick some dumbass actress or something like that."