Whales May Be Related to Deer-Like Beast 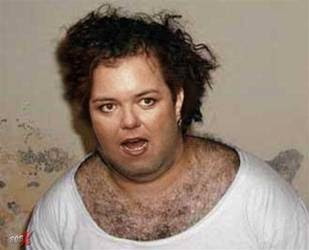 WASHINGTON (AP) - The gigantic ocean-dwelling whale may have evolved from a land animal the size of a small raccoon, new research suggests. What might be the missing evolutionary link between whales and land animals is an odd animal that looks like a long-tailed deer without antlers or an overgrown long-legged rat, fossils indicate.

The creature is called Indohyus, and recently unearthed fossils reveal some crucial evolutionary similarities between it and water-dwelling cetaceans, such as whales, dolphins and porpoises.

For years, the hippo has been the leading candidate for the closest land relative because of its similar DNA and whale-like features. So some scientists were skeptical of the new hypothesis by an Ohio anatomy professor whose work was being published Thursday in the journal Nature.

Still, some researchers have been troubled that hippos seem to have lived in the wrong part of the world and popped up too recently to be a whale ancestor.

Newer fossils point to the deer-like Indohyus. The animal is a "missing link" to the sister species to ancient whales, said Hans Thewissen, an anatomy professor at Northeastern Ohio Universities College of Medicine.

"As a zoo animal, it looks nothing like a whale," Thewissen said. But, he added, when it comes to anatomical features, the Indohyus "is quite strikingly like one."

Thewissen, who earlier published papers on fossils of what he called the first amphibious whale and the skeleton of the oldest known whale, studied hundreds of Indohyus bones unearthed from mudstone in the Kashmir region of India. From that cache of bones he created a composite skeleton of a 48 million-year-old creature.

The key finding connecting Indohyus to the whale is its thickened ear bone, something only seen in cetaceans. An examination of its teeth showed that the land-dwelling creature spent lots of time in the water and may have fed there, like hippos and whales. Also, the specific positioning and shape of certain molars connects Indohyus to the earliest whales, which are about 50 million years old, Thewissen said.

"The earliest whales didn't look like whales at all," Thewissen said. "It looked like a cross between a pig and a dog." They lost their legs and ability to walk on land about 40 million years ago, he said.

And the Indohyus? "A tiny little deer maybe the size of a raccoon and no antlers," Thewissen said. He said it most resembles the current African mousedeer, which has a rat-like nose and "when danger approaches, it jumps in the water and hides."

India and Pakistan were the general region where early whales lived. That matches with the Indohyus but not the early African hippos, Thewissen said. While modern-day cetaceans are known to be smart, early whales and Indohyus had small brains, the researcher said.

Other scientists were intrigued, but far from convinced, especially since the case for hippos has looked good, they said.

"While this new hypothesis for the origin of whales is compelling, it will require further testing, especially since other recent studies have suggested both hippos and Raoellids were involved in whale ancestry," San Diego State University biology professor Annalisa Berta said in an e-mail. Raoellids are the larger grouping of species that include the Indohyus.

Pictured: Artist rendering of the proto-hippo that most scientists still believe eventually spawned the whale.