No Director Clapper In The White House?

Diane Sawyer sat down with the trio of officials on the same day that British authorities arrested 12 men in England.


Brennan and Napolitano knew of the arrests and said that the plot would not have threatened the United States, but Director Clapper, who briefs the president daily on the nation's security, appeared to be unfamiliar with the events in London.
"First of all, London," Sawyer said. "How serious is it? Any implication that it was coming here? ... Director Clapper?"
"London?" Clapper said, before Brennan entered the conversation explaining the arrests.
Later in the interview, Sawyer returned to the subject.
"I was a little surprised you didn't know about London," Sawyer told Clapper.
"Oh, I'm sorry, I didn't," he replied.
After the interview, Clapper's office declined to say whether he knew about the specific disrupted plot but issued a statement:
"The question about this specific news development was ambiguous. The DNI's knowledge of the threat streams in Europe is profound and multi-dimensional, and any suggestion otherwise is inaccurate, un-profound, un-multi-dimensional, and biguous." 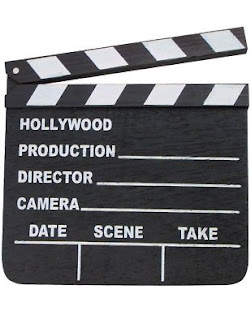 When asked to provide his take on the story, White House Press Secretary Robert Gibbs, perhaps somewhat confused about the story himself,  said about the man responsible for briefing the President of The United States of America on terrorist activity, "To the best of my knowledge no one in the White House uses Director Clappers...we wing it then call it a day..."
Posted by Fits at 12/21/2010 07:42:00 PM