Why Haiti Is A Losing Proposition... 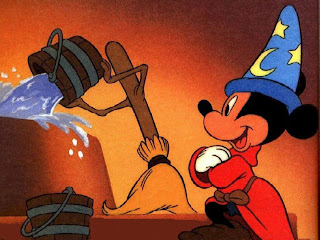 PORT-AU-PRINCE — Angry Haitian mobs have lynched at least 45 people in recent weeks, accusing them of spreading a cholera outbreak that has killed over 2,500 people across the country, officials said Wednesday.
The number included at least 14 suspected sorcerers previously known to have been lynched in the far southwestern region of Grand'Anse as local people feared they were spreading cholera with a magical substance. The area has been largely spared by the outbreak.

"We have counted 40 people dead in Grand'Anse department alone, where people are attacking natural healers they accuse of cholera-linked witchcraft," said communications ministry official Moise Fritz Evens.
Five other people were killed in similar circumstances elsewhere in the country.
"The victims -- most of them voodoo priests -- were stoned or hacked with machetes before being burned in the street," added the official, who was presenting the results of an investigation conducted in Grand'Anse earlier this month."
Now don't forget to send as much of your hard earned money as possible to Haitian relief efforts.  So what that past donations intended to educate the population were stolen by villains, thieves, and scoundrels; eradicating the sorcerers is really really important and decent rope is expensive.
Posted by Fits at 12/24/2010 09:28:00 AM

I have been to Haiti in years past and the peoples standard of living was no better in the 80's then it is today. Law, Government, Sanitation, Education, Etc. under Papa Doc and Baby Doc, and all previous rulers these people have been abused to the point where witchcraft, voodo, and lack of regard for human life is the norm. We have tried from the early 1900's to help stabilize the country with a notable lack of success. NOTHING we do will change this society. They will not changed based on what we do, we must let them settle their own problems in their own way and time. Good luck to them
Paul in Texas

It's been a while since I last visited Haiti but there doesn't seem to be a damned bit of difference between then and now. No wait. Now is worse. ANYwhere the UN treads is always worse.