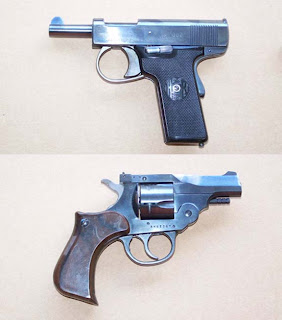 "Harrington & Richardson has been out of the handgun business since the company (then doing business as H&R 1871, Inc.) was acquired by Marlin in 2000. Most people probably didn’t even notice.
H&R handguns weren’t ever anything you’d brag about owning, unless maybe it was one of their USRA single-shot .22 target pistols or maybe a nine-shot top-break Model 999 Sportsman. I’ve owned one of the former and two of the latter, and I never felt ashamed of them. I must admit, however, that most of H&R’s pistols and revolvers look positively clunky and stupid compared to, say, a Colt Police Positive or a S&W M39.
But for pure butt-ugliness, nothing could approach H&R’s .32 Self-Loading Pistol and its Model 925 .38 S&W revolver. Hoo boy! The .32 Self-Loader was a licensed knockoff of the British Webley7.65mm Pocket Auto (and was also available in a scaled-down .25 ACP version), but the Model 925 sprang unassisted from H&R’s fevered corporate brow. Neither was a cheaply-made gun; it’s just that their styling was so impossibly awkward that they look weird even to my jaded eyes, which is saying quite a lot." 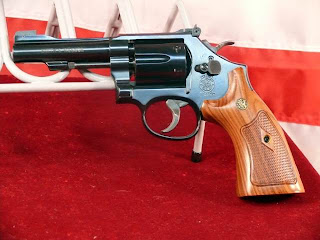 The weirdest thing to my jaded eyes is a modern S&W revolver with a Hillary-Hole. Not only does it speak to the Clinton administrations attempt to eradicate the 2nd Amendment, but the bloody things have malfunctioned enough to render them useless; unless one is of a mind to define useful as a firearm being incapable of firing. 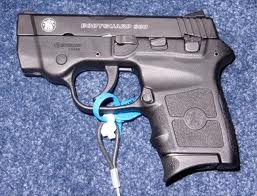 And talk about ugly, H&R certainly doesn't have the patent on appalling, as is evidenced by the Smith Bodyguard.
Colt of course cannot be mentioned due to the company's refusal to design modern weapon systems for other than law enforcement or military purposes. Why? Because they hate you.
Posted by Fits at 12/02/2010 02:22:00 PM