From The Sublime To The Ridiculous... 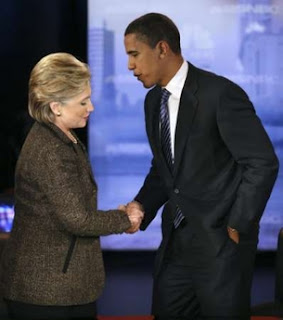 Now, not for nothing but didn't ANYONE tell her that the outfit made her look FAR too hippy?

Good Lord, but how did the woman actually put on a few pounds while doing all that running around?

She herself runs not a step but has lapdog minions for such mundane trivialities?

Good thing the campaign is coming to an end.

Another month or two of gorging herself silly and she'd be pushing the quarter-ton mark.