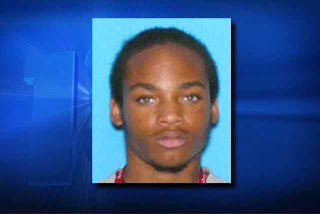 Just yesterday I had to take the time to correct some bad scoop given by law enforcement regarding the use of deadly force in Florida. Thankfully, this story hit the pages to back up the truth.Thats the good part about huntin' trash. They never let you down and there's so very many to practice on.

ALTAMONTE SPRINGS -- "A 17-year-old suspect was shot and killed in Altamonte Springs early Saturday morning after deputies said he ran from them and into a nearby home.

According to the Seminole County Sheriff's Department, the incident began when Ryan Realford approached a uniformed deputy in an unmarked car.

Police said he appeared to be selling drugs. When he saw the officer's uniform, he ran down the street.

According to the sheriff's office, Realford ran to a house on the 600 block of Lake Mobile Drive.

The homeowner said Realford removed a locked screen door and was trying to enter his house through a sliding glass door.

The homeowner said he asked Realford to leave. When he would not, the homeowner told deputies he shot him."

Then there's the family to consider, who ask why the homeowner simply didn't flee his own demesne and go looking for the guys kin:

"If he breaks into your house and you ask him to leave and he doesn't leave why don't you come get us? Why shoot a 17-year-old in the back?" said LaShanda Alexander, Realford’s cousin."

Yeah, right. Not in a million years, fella. And now the clincher:

"A Florida law allows a homeowner to use deadly force if someone breaks into their home."

That's right, potential thugs and thugettes. We don't have to feel threatened or in fear of losing our lives, because we happen to live where unwanted visitors can be shot dead on sight. In 10 years this delinquent would have had a rap sheet as long as a country mile and would most likely have harmed the innocent.

Good riddance to bad rubbish and remember to shoot to kill.