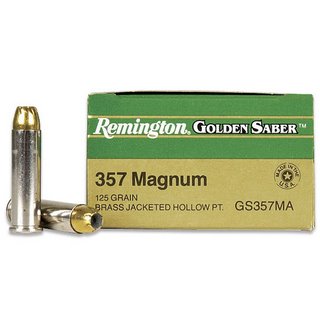 Crazy Jay has been having some luck shooting Remington Golden Sabers into a modified Fackler Box. and that's just the same thing the idiot at Box O' Truth does, except that baggies of water replace the plastic jugs. This is more time consuming, but ballistics engineers claim it to be more indicative of terminal ballistics on a soft target.

This is NOT a hot round, so in a fully loaded GP weighing 40 ounces, repeat shots are quick and easy. Next up he's going to get his hands on some Golden Saber bullets...sans the case...and handload the 125's to upwards of 1600 fps or better, depending upon how sticky the cases get after firing.
Posted by Fits at 9/23/2006 11:41:00 PM