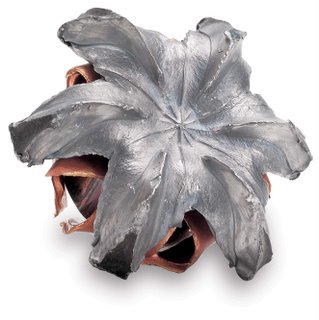 In a nutshell, the 180 grain 40 S&W round penetrated 11.5" of bare gelatin and expanded to .945". No typo, the round nearly hit .95 of an inch in diameter. Ranger will penetrate more deeply, and in this particular test expanded to .658", so there's the trade-off and the decision. Deeper penetration for the Ranger...13.5"...but a far smaller wound channel.

The Golden Saber was only compared in the .45 ACP version, and penetrated a little more than either Ranger or HST, with an appropriately smaller diameter.

It's the individuals choice, at least for those of us not involved in law enforcement. They may only use what their departments mandate, while we can select whatever better suits our particular needs. I made that decision a while ago, and went with the bullet that made the biggest hole. The Federal HST.

And if I seem to be harping on this, I damned straight AM. With so very much pisspoor information out there from clueless idiots such as the dolts that run sites like Box O' Truth, it is imperative to offer real world information. This can be a life and death decision and cherrypicking to promote a brand whose manufacturers send you money is outright criminal.

Federal HST, Winchester Ranger-T, and Remington Golden Saber are the top 3 with regards to big name brands of ammunition. Use whichever works best for you, secure in the knowledge that any of them will kill a man as dead as any varmint rifle such as the M-16 or AK variations.

If anyone tells you differently they are trying to sell you something. But just to be sure, ask them how many men they've shot at then make up your own mind.
Posted by Fits at 9/24/2006 09:42:00 PM