A Face To One Of Clinton's Victims 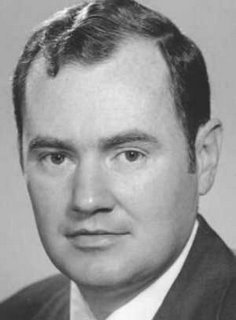 Clinton wagged his familiar finger in the face of the American public - which he clearly takes for fools - as he defended the indefensible: his administration's abysmal record on terrorism.

What made his self-righteousness especially burn for me is that fact that Clinton pardoned terrorists from the group that killed my father - and did it simply to help his wife's (successful) bid for a Senate seat. Now he wants me to believe he took the threat seriously?

Clinton claimed to have implemented a "comprehensive anti-terror strategy" that was in place when President Bush and his team entered the White House on Jan. 20, 2001. As others have pointed out since Sunday, this "strategy" had some obvious holes - such as not linking the 1993 World Trade Center bombers to the greater terror war against America, and not raising the stakes against terrorism after the Khobar Towers bombing, the U.S. embassy bombings and the USS Cole attack.

But those were (mostly) sins of omission. The pardons were a sin of commission.

In 1999, the Clinton adminstration cravenly offered pardons to 16 hard-core, remorseless terrorists of the Puerto Rican terror group Armed Forces for National Liberation - the FALN. (Two of them rejected the deal.)

During the 1970s and '80s, the FALN waged a war against the people of the United States that included 130 plus bombings. Their most heinous attack was the January 1975 lunchtime bombing of Fraunces Tavern here in New York City. It killed four people, including my father, Frank Connor, 33.

Clinton invoked executive privilege to avoid explaining his reasons for releasing terrorists on the American public. But it remains clear that his motive was to garner Hispanic support for then-prospective Senate candidate Hillary Clinton's run in New York.

It's also worth noting that the Clinton administration consulted with representatives of the terrorists - but ignored the families of their victims.

I did get a chance to testify before a Senate subcommittee conducting hearings on Clinton's clemency. Here's my conclusion:

"Terrorism is one of the major problems facing the world as we enter the new century. While terrorism continues on from many foreign and domestic sources, the nation thought that the threat from FALN terrorists had been at least eradicated almost 20 years ago. Thanks to the president's callous disregard, the threat is now back and the world is a less safe place as a result.

"I keep hearing the president repeating that we have to protect our children. Is unleashing unrepenting, hardened killers on society the way to do so? It shouldn't 'Take A Village' to see that trampling on the rights of victims - and ignoring proven prevention techniques in our criminal-justice system for considering and denying clemency applications - is not the way to fight terrorism."

I was trying to make the point that the release of the FALN killers would send a frightening invitation to other would-be terrorists. Little did I know that more anguish was yet to come.

Almost two years to the day after my Senate testimony, my father's godson, our cousin Steve Schlag, was killed on 9/11. My brother and I watched in helpless horror from our downtown offices, ironically only blocks from Fraunces Tavern.

On behalf of my family (and many others), I'd like to thank you, Mr. Clinton, for such a comprehensive terror strategy and your commitment to the fight against terror.

You may not want to wag your finger defending your record anymore - it now seems clear that the more you wag, the more we see through you."