Monkeys Bothering Women? The Simple Solutions Are Usually The Best... 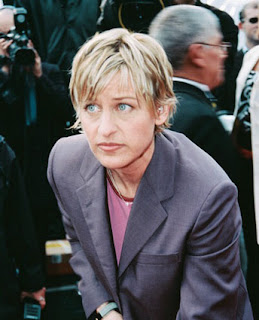 Kenyan officials are not sure how to handle a troop of rude monkeys that's been making lewd gestures at women, London's Daily Telegraph reports.

"Can the [tourism] minister deploy game rangers ... to deal with the monkey menace?" pleaded local representative Paul Muite in Kenya's national parliament last month, to accompanying laughter. "These creatures have clearly shown that they have no respect for women."

Gichuki Kabukuru of the Kenya Wildlife Service told the Telegraph that monkeys and baboons commonly harass women, gesturing at them and touching their own private parts.

"Even in our camps," he explained, "when men are out on patrol and the monkeys see women and children, they will become very naughty and make lewd signs at them."

Residents of the Kabete region south of the capital, Nairobi, say women harvesting crops have taken to dressing as men to avoid being bothered by the perverted primates.

"We understand that it worked for American comedienne Ellen DeGeneris," Mr. Kabukuru said, "because when she visited us late last year none of the bad monkeys made any sort of fuss at all, and when one of my staff members expressed surprise when told she was just a woman that looked like a man, I hit upon the idea to ask all visiting women to dress in the same manner."