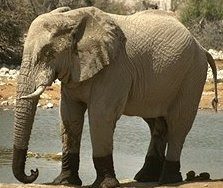 Soccer Moms And Other Weak-Kneed Individuals Must Close Page Immediately

"Carrying "the world's most powerful production handgun" did not help a motorist last weekend in an unexplained gun battle on Interstate 4.

"It happened too fast for me to shoot back," Hopkins, 29, of Altamonte Springs told police after a shotgun blast riddled his purple Toyota Camry late Saturday.

Police first learned of the shooting about 11 p.m. when Hopkins drove to Florida Hospital South seeking medical care for a passengers.

"I've been shot in the head," Surrey Kali Washington, 27, of Orlando, called out to two police officers outside the emergency room at 601 Rollins St., reports show. ER staff placed Washington on a stretcher and rushed him into a trauma room where he was treated for non-life threatenting wounds, reports show.

Hopkins and his other passenger, Tromone Neal, 26, of Orlando, told investigators they were driving west on I-4 through the Fairbanks curves when a small white Chevrolet pickup pulled alongside their car and opened fire, reports show.

A crime scene technician found three bullet holes in the passenger side of Hopkins' car in addition to a blown-out frontseat window and $1,000 in damages. Plastic wadding from a shotgun shell lay on the frontseat floorboards after it apparently had been fired along with a blast of shotgun pellets, reports show.

(TOOK A CRIME-SCENE TECH TO FIGURE THAT OUT?)

"It should be noted, due to the placement of the shots into the vehicle were at head level, it appears to this officer that the suspects intended to murder the occupants of the vehicle," wrote Officer Robert Anderson.

"Hopkins and his friends told police they had no idea why anyone would try to kill them. Hopkins holds a state Carry Concealed Weapon permit which allows him to carry his weapon almost anywhere he goes in Florida and 31 other states recognizing Florida's CCW permit, records show.

The handgun Hopkins did not have time to draw fires a .50 Magnum bullet that is roughly the same size as the bullet fired by the Orange County sheriff's .50-caliber elephant guns. Smith & Wesson introduced its super handgun in 2003. It produced then reclaimed its title as maker of the world's most powerful handgun which it held in the 1970's when a series of Clint Eastwood's Dirty Harry movies popularized the Smith & Wesson .44 Magnum."

Sweet mother of pearl but I JUST learned how to take on a gator and now they tell me the elephants are acting up?