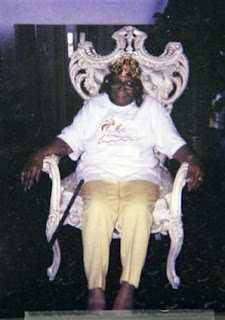 ATLANTA - "The family of a 92-year-old woman fatally shot during a botched drug raid has filed a lawsuit against the city and police on the first anniversary of the killing.

The State Court lawsuit was filed Wednesday by a niece of Kathryn Johnston, accusing them of racketeering, civil rights violations, assault, false imprisonment and negligence.

Hezekiah Sistrunk Jr., an attorney for the niece, Sarah Dozier, said they had attempted to talk to the city about a settlement.

"That has been unsuccessful. That is why we are here today," he said at a news conference.

Plainclothes narcotics officers burst into Johnston's home Nov. 21, 2006, using a no-knock warrant. Johnston was killed during the raid in a hail of nearly 40 police gunshots.

Prosecutors said the officers obtained the warrant by falsely telling a judge that an informant confirmed drug dealing at the home. The informant later told federal investigators he was told by police to concoct the tale.

Officer allegedly planted marijuana
Prosecutors also said that one of the police officers planted three bags of marijuana in Johnston's home as part of a cover-up after no drugs were found.

The suit accuses officers who raided the home of violating Johnston's constitutional protections against unreasonable searches and seizures and the use of unreasonable and excessive deadly force. It cites witness tampering in its racketeering accusation.

Prosecutors charged three officers involved in the raid. Two of the officers, Jason R. Smith and Gregg Junnier, pleaded guilty to state manslaughter and federal civil rights charges. They have left the police force. A judge Tuesday ordered the two to turn themselves in by Dec. 3. No sentencing date has been set.

A third officer, Arthur Tesler, who is on administrative leave, faces charges of violating the oath of a public officer, making false statements and false imprisonment under color of legal process. His attorney has said Tesler expects to go to trial."

This wasn't a "botched drug raid", this was manslaughter at the very least. From the beginning, these officers were intent upon breaking and entering and when their "hunch" proved false they shifted into kill, then cover-up mode.

What precisely IS a woman's life worth? What is restitution for having one's grandmother die amidst a hale of police gunfire.

I hope they break the bank, and that the cops in question spend at least the next 20 years behind bars.