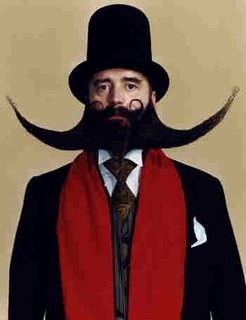 June 24, 2006 -- "Only in New York would a judge think it perfectly natural for a man with a heavy beard* to be rifling through a purse - and to toss out criminal charges against him on the grounds that cops had no reason to think it suspicious.
That's what Manhattan Supreme Court Justice James Yates did in a 2004 case against Stephen Lomiller. Fortunately, a panel of four state appellate judges on Tuesday nixed the ruling, striking a blow for sanity.

Lomiller was nabbed for possession of stolen property when cops noticed him anxiously sifting through an expensive shoulder bag on Second Avenue and 28th Street. He argued that cops should never have questioned him because it's common for transgender men to carry purses.

Astonishingly, Yates bought that claim. He wrote that seeing someone with Lomiller's description "holding and looking inside a handbag is not something that justifies focused inquiry," because if that were the case, "the police could make the same approach to a vast number of people in that area of Manhattan."


*The picture is not of the man in question, but an old portrait-studio shot of my Great Uncle Sal. Who, to my knowledge, did not carry a purse, but on occassion was known to stash a derringer within the concealment of his facial hair.
Posted by Fits at 6/24/2006 10:25:00 AM