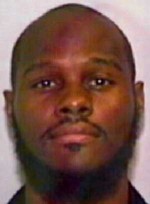 "It's time to give credit where it's due, to the ever-criticized, never-thanked feds, from the FBI agents who busted the Miami Seven last Thursday, through the intelligence professionals working diligently amid all the political flak, to the Border Patrol agents who daily face some of the most miserable tasks in government.
This isn't to slight the great work down at the state and local levels. But it's the feds who get attacked no matter what they do. If they devise innovative ways to take down terrorists, a trash-America paper blows the secret on Page One. Yet the same voices warning so self-righteously of "threats to our civil liberties" will be the first to screech that the government failed when terrorists strike us again.

The feds aren't perfect. Only God is. But in our War on Terror the greatest proof of success is a negative - the absence of attacks. And since the horrors of 9/11 (so soon forgotten by so many), al Qaeda and its surrogates have not been able to stage a single strike on American soil. And it isn't because they haven't wanted to hurt us.

The viciousness which those on the left aim at honest - and underpaid - federal employees was on evidence again this weekend. After the Thursday bust of the al Qaeda wannabes down in Liberty City, it took less than 48 hours for the critics to mobilize. By Saturday, we were being told that those arrested weren't a serious threat, that they'd been entrapped, that they're just misguided youths who need a hug."
_____________________________________
Yes, the whingy apologists for misguided yutes are already rushing to the aid of Narseal Batiste and his felonious monks who thought it'd be swell to take down the Sears building in Chicago. An incredibly ugly building, to be sure, but plotting to do so is sort of against the law, REGARDLESS of what race one happens to be a member of.

The definition of a nanosecond? The time it takes for a minority member to commit a heinous criminal act and the intervention of liberals wishing to free him.

Coming soon to a Moonbat store near you: FREE NARSEAL! tee-shirts with a likeness of CHIMPHITLERBUSH on the reverse side.
Posted by Fits at 6/26/2006 11:01:00 AM