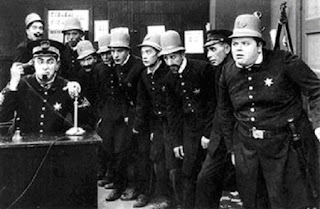 Drop that bishop and come out with your hands up!
A squad of cops in bulletproof vests swooped into an upper Manhattan park and charged seven men with the "crime" of playing chess in an area off-limits to adults unaccompanied by kids -- even though no youngsters were there.
"Is chess really something that should be considered a threat to the neighborhood?" Inwood resident and mom Joanne Johnson wrote Mayor Bloomberg, the City Council and Police Commissioner Ray Kelly after the raid.
"This incident is an embarrassment to the officers from the 34th Precinct who felt that it was necessary to use their badge and authority to issue such a random summons."
Margaret Blachly, a teacher who took her students to the park yesterday, said, "There are often a lot of rules in this park that get broken, and no summonses are issued.
"If the tables are there to play chess, that's what they should be allowed to do."
But Parks Department First Deputy Commissioner Liam Kavanagh said the rule is "designed to protect children using our playgrounds and to deter inappropriate adult use of space designated specifically for children."
All of these nuisance laws are what police and their friends and their families lobby for. More stupid laws, more stupid people necessary to enforce them. And why cops usually do anything they're told to do because where else can you get work that entails harassing old men playing chess?