The following was taken from a comment posted at  The Volokh Conspiracy, in a discussion of voir dire*. 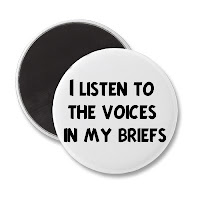 Actually, they’re (trials and summons to court) first and foremost a way of settling disputes nonviolently;
Ah, well, no. When you're called to jury duty, for example, it begins and ends with being herded throughout the process by large men armed with guns. Violence, or the threat of violence, is the ONLY way that many modern societies can coerce otherwise recalcitrant citizens to what they are are told, when they are told.


You are not "asked" to appear as a prospective juror, you are ordered to appear. Same as is the case with being a witness. Or standing trial.


Could it be accomplished some other way? Why sure. Professional jurists. Judges and lawyers can be trusted HAHAHAHA to act accordingly, why not normal people? Judges and lawyers have a vested interest in prolonging trials, while normal people just want to go home or back to work and couldn't care less who is innocent or guilty.

Hell, to the average, normal person, a jury trial is nothing more than a popularity contest anyway, and professional jurists would soon become familiar with the wiles of those oh so trusted officers of the court, and vote how the evidence dictates, rather than who is most likely to end the thing soon.

Sadly though, the majority of Americans still seem to be under the lasting impression that the evocation of an oath makes a man more capable, such as those who believe that only the constabulary should be armed. Mention the very premise of professional-jurors, and horror stories of blood running down the streets all but ends any attempt at intelligent discourse.