Now Gull Darn-It, Barry..Go Back To Them Moslems And Bow DEEPER! 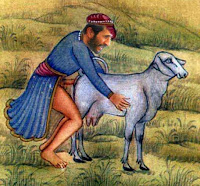 Iran is paying Taliban fighters $1,000 for each U.S. soldier they kill in Afghanistan, according to a report in a British newspaper.
The Sunday Times described how a man it said was a "Taliban treasurer" had gone to collect $18,000 from an Iranian firm in Kabul, a reward it said was for an attack in July which killed several Afghan government troops and destroyed an American armored vehicle.
The treasurer left with the cash hidden in a sack of flour, the newspaper said, and then gave it to Taliban fighters in the province of Wardak. In the past six months, the treasurer claimed to have collected more than $77,000 from the company.
The Sunday Times said its investigation had found that at least five Kabul-based Iranian companies were secretly passing funds to the Taliban.
The newspaper's correspondent, Miles Amoore, said he met and interviewed the treasurer, who he said had been an illiterate farmer who was taught to read and write, plus basic accountancy, by the Taliban last winter.
"We don't care who we get money from," the treasurer was quoted as saying. He described the relationship with Iran as a "marriage of convenience." Iran is a predominantly Shiite country, while the Taliban is dominated by Sunni Muslims.
"Iran will never stop funding us because Americans are dangerous for them as well. I think the hatred is the same from both us and Iran. The money we get is not dirty. It is for jihad," the treasurer told Amoore.
The credo of Barack Hussein Obama. "Walk softly but carry a big schtick."