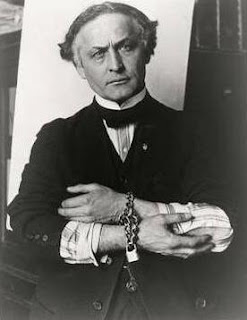 NEW YORK (AP) -- "The circumstances surrounding Harry Houdini's sudden death were as murky as the rivers where he often performed death-defying stunts. Despite a medical explanation, rumors that the escape artist was murdered have persisted for decades.

Eighty-one years after Houdini died on Halloween 1926, his great-nephew wants to exhume the magician's body to determine if enemies poisoned him for debunking their bogus claims of contact with the dead.

"It needs to be looked at," George Hardeen said. "His death shocked the entire nation, if not the world. Now, maybe it's time to take a second look."

Houdini's family scheduled a news conference for Friday to give details on the plans. Prominent New York lawyer Joseph Tacopina is helping clear any legal hurdles to the exhumation.

A team of top forensic investigators would conduct new tests on Houdini's body, said Hardeen, whose grandfather was Houdini's brother.

The generally accepted version of Houdini's death held that the 52-year-old suffered a ruptured appendix from a punch in the stomach, leading to peritonitis. But no autopsy was performed..."

My maternal Grandfather, an amateur magician and fan of Harry's, was always of the opinion that Houdini was murdered, and mentioned as much to me the very first time we stopped by the tomb in Ridgewood, Queens. "The ghost-conjurer's got him," Pops would say, then talk of the many people Houdini had exposed as frauds.