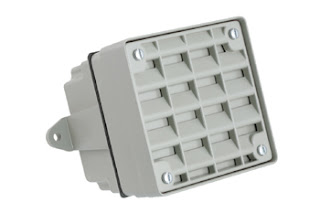 LONDON - "The Mosquito - a crowd-control device emitting a pulsing sound that bugs teenagers but can't be heard by most adults - is creating a big buzz in Britain and may soon invade New York.

So far, 50 of the $750 black-box gadgets marketed online at kidsbegone.com have been sold stateside - and one is set to be piloted in a New Jersey skate park, to stop large groups of teens from gathering after closing hours.

"It's a way to use technology to be an invisible barrier instead of a fence that can be damaged and cost lots of money," says Detective Sgt. Sean O'Donnell of the Sayreville, N.J., Police Department.

O'Donnell said the park mostly attracts "good kids who want to skate," but crowds of up to 200 teens gather in the evenings.

After a fence was damaged, the town had to pay to patrol the park at night.

In Britain, where the government has been cracking down on "anti-social behavior" among teens, Compound Security has sold more than 2,000 Mosquitos to police, local governments, shop owners and private homeowners in the past year.

The Mosquito was invented by Howard Stapleton, using research showing that after the age of 25 adults lose the ability to detect high-frequency sounds that teens can hear clearly.

"In the space of two weeks, it managed to solve a seven-year problem," said Chris Reynolds, community safety officer for Ealing Council in West London, which installed the device outside an apartment building for seniors where "bored children were creating noise and nuisance.

"It doesn't in any way damage kids' hearing - it sets off a really annoying pulse," said Reynolds, who is 26 and can barely detect the sound.

Civil liberties groups are not impressed.

"It's basically subjecting children to a dog whistle," said Jen Corlew, a spokeswoman for Liberty, a British advocacy group. "This is part of a larger pattern of demonizing young people in this country."

Dan Santell, who sells the device in the U.S., said Mosquito foes should consider that teenagers themselves download the sound as a ringtone because it can't be heard by teachers.

Santell has one at his California house and said that when kids on the beach get obnoxious, "I open a window and plug it in. They move within two to three minutes."

To hear the sound emitted by the Mosquito, you can click on this link:

As far as listening to the buzz, I could barely hear something, but certainly nothing annoying. What'd drive anyone away would be a continuous loop of Rosie O'Donnell singing, but thats probably far too inhumane.

Lisa just listened to the audio and flung the headphones away after making that scrunchy face signifying a woman's displeasure.

This is so cool. I'm ordering several to hang along the fenceline. Range of 40-60 feet. Maybe it'll shoo off unwanted animals as well as hoodlums prowling in the night.

Here's the link to where you can learn all about it, too.